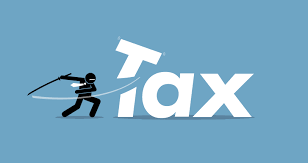 Donate Bitcoin  to Charity and Get a Big Tax Break

Dutch transfers $100,000 of Litecoin to a local charities Coinbase wallet.  Dutch saves $15,000 in capital gains federal tax plus $3,070 in Pennsylvania state tax.  Dutch receives $33,000 in additional refund for the federal charitable tax deduction.  Dutch's total tax savings is $51,070 or 51% of his contribution.

Along with the growing popularity of Bitcoin,  the number of charitable organizations that accept virtual currencies has been growing. At the same time, so has government scrutiny, creating uncertainty about the continuing value of Bitcoin, Ripple, Litecoin,  and other, smaller currencies.  In 2014 the Internal  Revenue Service issued its long awaited opinion on the taxation of virtual currencies, ruling they should be treated as property, not currency.  That creates administrative and paperwork problems for those using Bitcoin, but also allows donors to obtain generous charitable income tax deductions for donating Bitcoin that is worth more than they paid for it, just as they do for giving appreciated stock to charity.
How can you contribute to the public good with your virtual currencies?

Step 1: Does the Charity Accept Virtual Currencies?
Determining which nonprofits accept donations of Bitcoin is probably the most challenging part of the entire process. There are likely a few reasons for this---the newness of virtual currencies and the uncertain regulatory atmosphere.
Bitcoins are accepted by United Way Worldwide, the largest charity in the nation as measured by public donations. It is not alone among nonprofits though. The Wikimedia Foundation, which runs Wikipedia, accepts donations of Bitcoin. Another notable example is the BitGive Foundation, which received 501(c)(3) charitable tax-exempt status from the IRS, and aims to create a Bitcoin-based investment fund for public health and environmental causes.

What if the nonprofit you want to donate to doesn’t accept Bitcoin or any other virtual currency? Your best bet is probably to get in touch with someone at the organization and ask them if they are interested in receiving such a donation. They may be willing to accept the donation once they look into the ease of transfer and liquidation. Or a third party national donor advised fund, like the Fidelity Charitable Foundation, can process the donation and then grant the proceeds to the charity(ies) the donors recommend.

Step 2: Donating Your Virtual Currency
Next is the actual transaction. You will simply transmit your chosen amount from your wallet to the nonprofit’s, using its public wallet address. The nonprofit should then issue you some sort of receipt, particularly if the gift had a value of over $250. That’s all there is to it.
If the nonprofit is not set up to receive donations of Bitcoin, the donation process might be trickier. You may have to work with the nonprofit to explain that it needs to either set up its own virtual currency wallet, or set up an account with a virtual currency payment processor. One such processor, BitPay, will process payments free of charge for registered 501(c)(3) organizations, and will also liquidate the donated Bitcoins and deposit the resulting fiat currency directly into the nonprofit’s bank account. A processor like BitPay can make accepting donations a lot less intimidating for the nonprofit. You might also have to remind them that you need a receipt, just like they would issue for any other donation. Even if they have no prior experience with virtual currencies, the actual donation process should not be difficult.
One final note on the donation process. The IRS requires that you file Form 8283 with your tax return if you are taking a deduction for noncash donations over $500. (Remember, the IRS has decided to treat virtual currencies as property, not cash, so the 8283 is required for Bitcoin donations over $500.) Further, if you are taking a deduction on a donation valued at more than $5,000, you are required to get an appraisal. It’s important to keep these requirements in mind, both when you’re making the donation, and when you’re filing your tax return.

Step 3: Determining Your Tax Deduction
The third and final step is the one that may require some actual calculations on your part. The March 2014 IRS guidance means that donations of virtual currency will be treated the same as donations of stocks, bonds, land, etc. Here’s where the calculations come in – the IRS allows different deductions depending on the period of time which you held the property for. In this case, that means that if you held the Bitcoins you donated for longer than a year, you will generally be able to deduct the full fair market value of the donation, up to  30% of your adjusted gross income, without having to recognize any taxable gain on them.  That's the same highly  favorable tax treatment you'd  get  if you were donating stocks with long term capital gains embedded in them, making it a tax efficient way to give.
If you held your Bitcoin for a year or less, however, your charitable deduction is only equal to the cost of Bitcoins to you, or their present value, whichever is less.  (You can, however, use this deduction to offset up to 60% of your income.) Similarly, if you're donating Bitcoin you received as compensation or payment, you can only deduct you cost basis, or the Bitcoin fair market value, whichever is less. In this case, cost basis is the fair market value at the time you received the Bitcoin as payment or compensation. So your deduction will just be the lesser of current FMV or the market value of the Bitcoin when you got them.

From beginning to end, donating virtual currencies like Bitcoin or Ripple is a fairly quick, easy, and streamlined process. It appears that more and more nonprofits are recognizing this, and accordingly, starting to accept virtual currency donations in turn. This is great news for prospective donors, who can easily transfer their funds to these nonprofits while at the same time receiving a generous tax deduction.

​​Need Help?
Randy Tarpey CPA can help you with cryptocurrency donation, cryptocurrency tax appraisal and cryptocurrency charity IRS compliance. Appraisals have minimal fee as my way of encouraging US bitcoin donations.  Contact me at (814) 684-4640 or RandyTarpey@gmail.com

This article is not intended as legal, tax, financial or other advice. So check with your adviser on how the rules may apply to you.  ​